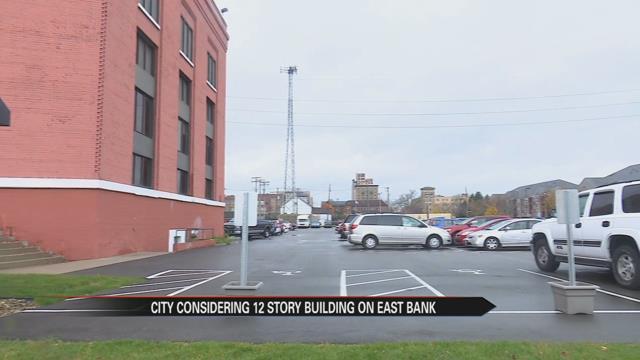 The project, by Matthews LLC., will go behind the Commerce Center, as a twelve story apartment building and a Martin’s grocery.

That feedback includes direct recommendations to the council.

“I think today we’ve had close to 45 or 50 letters of recommendation that have been submitted in support of the project,” Jones said Monday.

The vote on the building will take place on December 12.

Regional Cities gives Matthews four years to complete the building, but right now, they’re waiting on the vote on the zoning to get started.

“Really, at this point we’re just working with the council to see what we can do,” Jones said.

However, the St. Joseph County Area Plan is also working with the council.

“We have provided the council with a lot of documentation that they have requested,” Larry Magliozzi, area plan director said.

“It really comes down to the height of the building,” Magliozzi said.

Magliozzi says research shows residents and employees around the East Bank don’t want a building that tall, and he’s providing that research to the council.

“We hope it will be a negative vote,” Magliozzi said.

For the next two weeks, it’s still a waiting game for both Area Planning and Matthews LLC.

“We have faith in our city and our area,” Jones said.