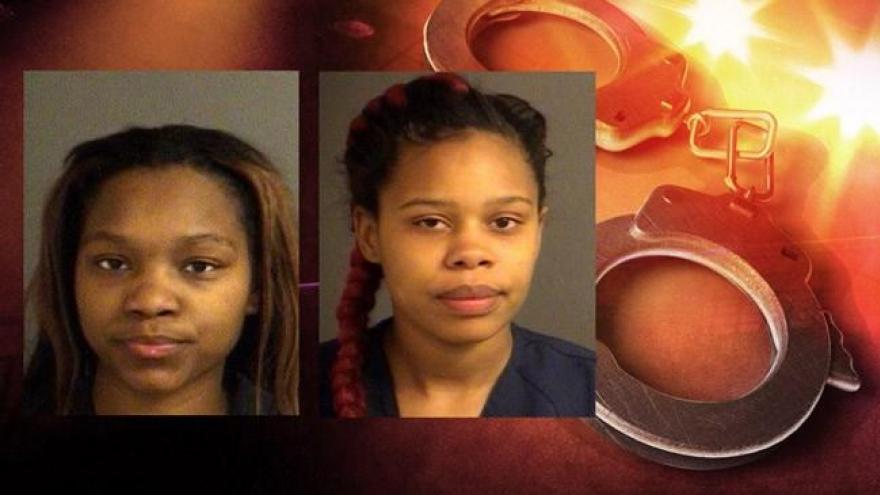 Two women have been charged with auto theft for allegedly stealing a car from an apartment in Hickory Village, according to the probable cause affidavit.

On January 22, the victim contacted police and said her Buick had been stolen from the parking lot of her apartment complex.

On January 24, an officer saw the car on Union Street and made contact with the driver.

The driver, Latifah Gillam told police she got the car from her cousin, Tyreshia, whose last name she did not know.

Gibbs, who was at Gillam's apartment, told police a friend had given her the car, according to the probable cause affidavit.

Gibbs and Gillam were taken to the Mishawaka Police Department for further questioning.

Gillam told police she was driving the car to get cigarettes and that it belonged to Gibbs.

A relative of Gillam's told police she saw the Buick at Gillam's house. She also said Gibbs received a text message at some point stating the car was stolen, according to the probable cause affidavit.

Gibbs told police another woman gave her the car but told her not to drive it because it could be reported stolen. Gibbs said she texted Gillam to tell her the car might be stolen, reports said.

Gibbs then told police she was at a party at Hickory Village and saw some keys in an apartment door. She took the keys and figured out which car the keys started, according to reports.

She said she didn't take the car, but another girl did.

She said she drove around with the unknown girl and the next time she saw the car, she saw it with a friend of hers.

Both Gillam and Gibbs are each facing one count of auto theft.