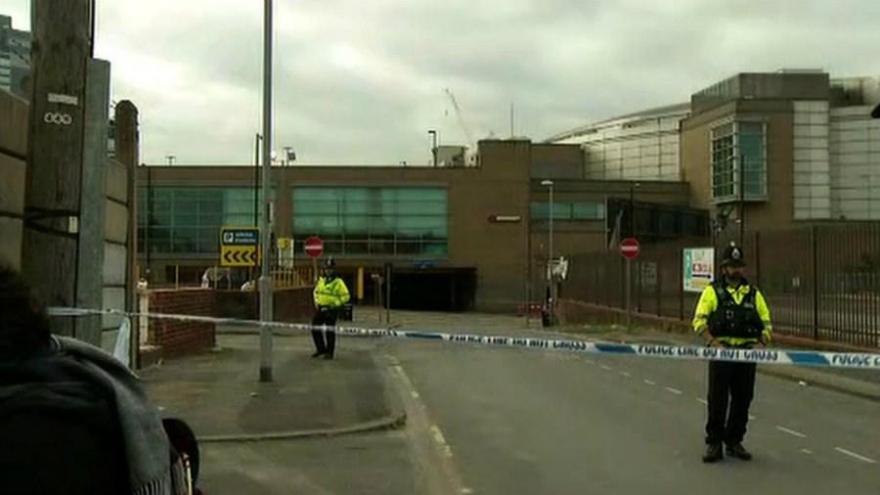 (CNN) -- The United Kingdom is deploying soldiers to take over guard duties from police at key sites because the country says it can't rule out the possibility of another terror attack.

It will be the first time in more than a decade that troops have patrolled civilian streets. And while the sight of the member of the armed forces outside concert venues and sporting events may be jarring, it is a temporary necessity, says Prime Minister Theresa May.

The presence of troops comes as the UK raised its threat level to "critical," its highest. Such a level indicates another attack could be "imminent."

Authorities have been trying all day to determine whether Salman Abedi, the 22-year-old British-born man who they say carried out the attack outside Manchester Arena on Monday night, acted alone.

They haven't ruled out the possibility that others might be involved.

"The work undertaken throughout the day has revealed that it is a possibility that we cannot ignore, that there is a wider group of individuals linked to this attack," May said in a speech.

As a result, the UK has opted to escalate its security presence and has activated a plan called Operation Temperer.

As part of the plan, soldiers will replace police officer at key sites, May said. She didn't elaborate what kinds of sites. They are likely to include railway stations and airports.

"You might also see military personnel deployed at certain events such as concerts and sports matches, helping the police to keep the public safe," she said.

In every case, the soldiers will be under the command of police officers, the Prime Minister said.

From 'severe' to 'critical'

The suicide blast in Manchester took place at the end of a concert by pop star Ariana Grande, and killed 22 people. Another 59 were injured.

And with the high-profile FA Cup finals coming up this weekend, officials aren't taking any chances.

"I do not want the public to feel unduly alarmed." May said.

The response, she added, "is a proportionate and sensible response to the threat that our security experts judge we face."

The last time the country deployed troops was in 2003 in reaction to a plot by a suspected al Qaeda cell to bring down a British airliner.

Likewise, there have only been two prior instances when the threat level was raised to "critical." Both were in response to a specific plot or attack:

-- In 2007, a man tried to ram a burning four-wheel-drive, loaded with gas canisters, through the main terminal of Glasgow Airport.

-- In 2006, officials thwarted a plot to simultaneously blow up as many as 10 jets leaving Britain for the US.