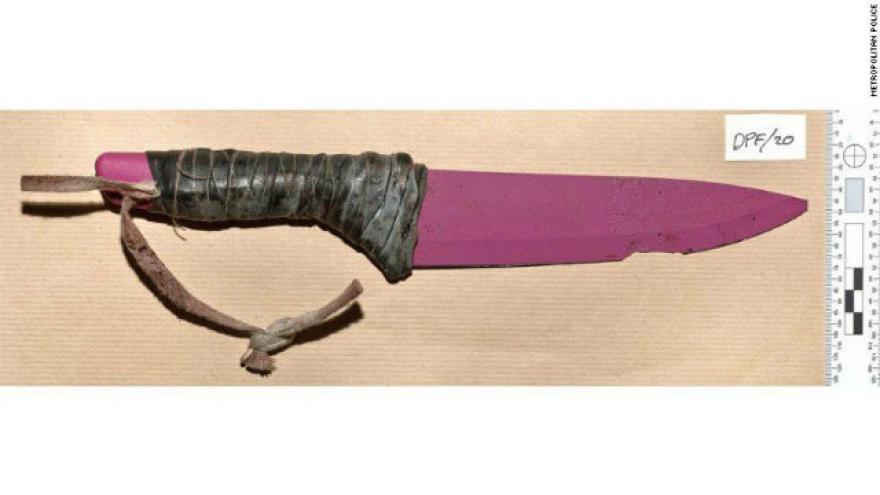 Police asked for help in figuring out where this knife was purchased. Photo courtesy Metropolitan Police

(CNN) -- Three pink ceramic kitchen knives found on or near the assailants who killed seven people in the London Bridge terror attacks have investigators seeking the public's help for clues.

"Where have they come from? Where might the attackers have bought them from?" he asked through a news release that included photos of one of the knives used by the terrorists.

The knives are 12 inches long and are branded Ernesto. Tape was wrapped around the handles.

Police also released photos of the van the attackers used to mow down people on the bridge.

Inside, they found 13 apparent Molotov cocktails made from wine bottles and a possible flammable liquid. There also were two blowtorches.

Haydon appealed for more witnesses to come forward."My officers are particularly keen to hear from anyone who witnessed the white van targeting individuals on London Bridge, saw the suspects attacking members of the public or saw armed police engaging the suspects," he said.

Police have arrested 18 people in connection with the attack, five of whom are still in custody.