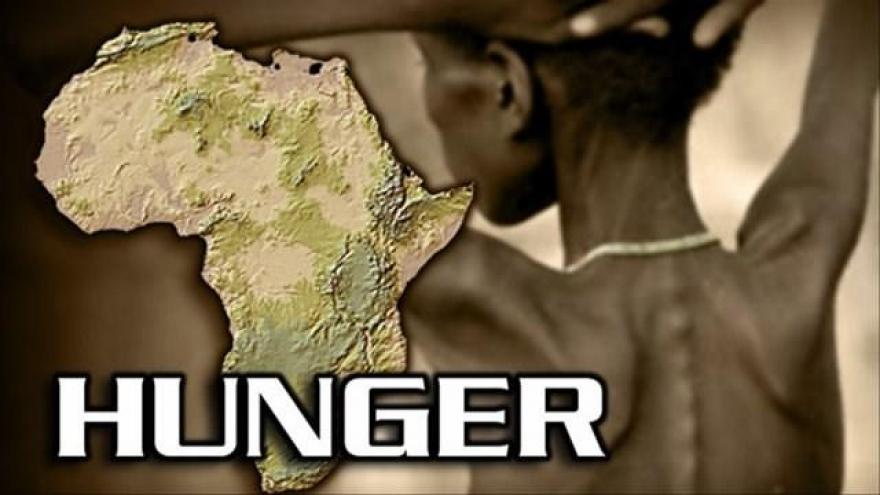 (CNN) -- Somalia and three other countries desperately need aid to save more than 20 million people from starvation and diseases, the United Nations said.

UN humanitarian chief Stephen O'Brien pleaded with the world to come to the rescue of Kenya, Yemen, South Sudan and Somalia.

"We stand at a critical point in history. Already at the beginning of the year we are facing the largest humanitarian crisis since the creation of the UN," he said Friday.

"Now, more than 20 million people across four countries face starvation and famine. Without collective and coordinated global efforts, people will simply starve to death. Many more will suffer and die from disease."

In Somalia, more than 6 million people are in need of food assistance -- more than half the population.

The drought, impending famine and the presence of terrorist group Al-Shabaab have left the country and its people in a desperate situation.

"The situation is critical in Somalia. People are dying of hunger and there is no water," said Mogadishu resident Noor Ibrahim, who fled his home to seek help at a camp.

"Al-Shabaab blocks the roads, there is no access for food aid, the Shabaab steal food as well."

In neighboring Kenya, more than 2.7 million people are at risk of starvation, and that number could go up to 4 million by next month, the UN said.

"In collaboration with the government [of Kenya], the UN will soon launch an appeal of $200 million to provide timely life-saving assistance and protection," O'Brien said.

South Sudan, where a famine was recently declared, has more than 7.5 million people in need of assistance -- more than half of whom have been displaced, according to the UN.

And in Yemen, more than 7 million people are severely food insecure, it said.

UN Secretary-General Antonio Guterres made a similar appeal this week, warning that the crisis facing Somalia has been "neglected" by the world.

"Let's not forget that each one of these people is an individual case of extreme suffering," he said.

"There is a moral obligation for us all to do everything we can to support these people."

Money is needed in Somalia -- and quickly. In addition to drought and famine, diseases, such as cholera and measles are beginning to spread.

CNN's David McKenzie and James Masters contributed to this report