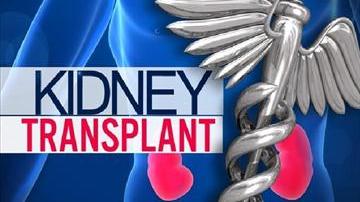 A young woman is getting a second chance at life thanks to her uncle who stepped in and gave her one of his own kidneys.

Twenty-six-year-old Brittany Ivan has been in kidney failure for 10 years.

She was fortunate to receive a kidney when she was 16 from her mother but it turns out all the medications she took after the first transplant damaged the organ.

Organ lists are long and the woman was running out of options until her uncle stepped in.

"I didn't even question it because I knew they would do it for me," said Phil Luke. "I don't look at it like saving her life, but maybe just giving her a second chance."

She said she hopes sharing her story will encourage people to become organ donors.