Undecided voter says her family is at odds over choosing Clinton, Trump 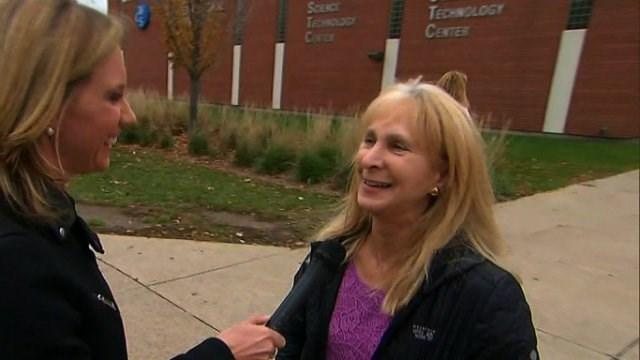 (CNN) -- It may be Election Day, but that doesn't mean everyone has decided who gets their vote.

One Michigan voter talked to CNN's Jessica Schneider on her way to cast her ballot in Warren, and she appeared incredibly conflicted in trying to decide who to vote for.

"I have one family member that won't talk to me if I don't vote for Trump," she said. "And my husband is voting for Clinton."

The voter, who didn't give her name, told Schneider she had voted for Hillary Clinton in an absentee ballot but couldn't bring herself to send it in. In an effort to make a decision, she went to listen to Donald Trump Jr. speak the day before, but that wasn't enough to convince her to vote for the Republican nominee, either.

"Honestly, I really am undecided," she said. "I'm going to go in there and ... vote somebody."

Schneider caught her on her way out, and while she confirmed that she did vote for one of the two major party candidates, she asked CNN not to report which one.

"I actually feel guilty about my vote," she told Schneider.