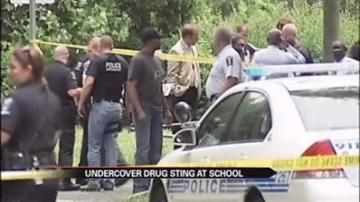 The undercover operation ended at the school but police say it had nothing to do with the investigation.

A drug suspect was shot and killed on school grounds.

The superintendent said he does not blame police for how it unfolded.

"I appreciate what they are trying to do if our neighborhoods are unsafe our schools feel that impact so certainly them trying to be proactive is important," said Superintendent Dr. Heath Morrison.

He expressed concern about violence on the school's property but emphasized no students were in the building at the time of the shoot-out.