United States economy on the brink 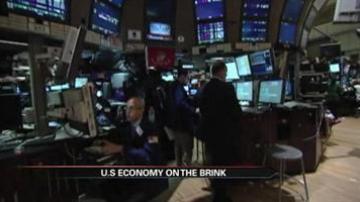 Markets sank Monday as investors nervously anticipated whether the nation's lawmakers will allow the United States to default on its debts.

The two-week government shutdown has already cost the United States more than $100-million a day but economists say not raising the debt ceiling by the Thursday deadline could lead to a recession.

The IMF is warning of a global financial catastrophe if the Unites States defaults.

"That would bring about so much uncertainty, so much risk of disruption that the standing of the U.S. economy would, again, be at risk," said Managing Director, IMF Christine Lagarde.

A debt default could impact your personal finances. Your 401k retirement plan could take a severe beating.