Up close and personal with physics 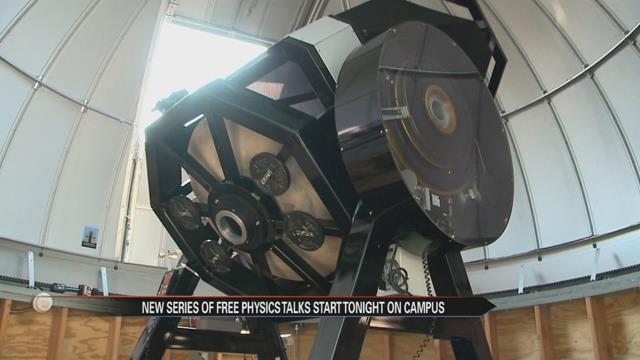 The talks will about a half hour at Jordan Hall of Science and followed by an activity.

“I think a lot of people have wrong impressions about physics that it’s either boring or too complicated. We’re going to try to give people a sense that physics is exciting and that the general public can really understand it,” said Physics Department Chairman Chris Kolda.

Research faculty, those pursuing a PhD, and even students will be working on a variety of topics including the beginning of the universe, talking about how big it is, and even discussing the smallest parts of atoms that make up everything else.

It will all be done in a way that is easy to for the general public to understand.

“We’re going to have a different physicist each week give a different public lecture about a half hour long. They’ll come in and talk about their research but it will be at a level intended for the general public,” he said.

Tuesday night's lecture will be given by Grant Matthews and be focused on the Big Bang Theory and the Theory of Space and Time.