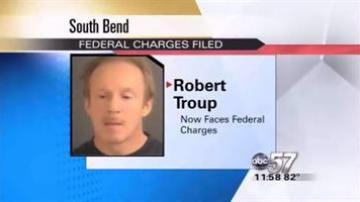 He is accused of hiding a video camera in the boy's swim team locker room in late 2010.

Troup is in court right now.

The court is taking a short break and are trying to decide whether or not to keep him in jail. The Prosecutors said that he is a flight risk and a danger to the community.

Troup pleaded not guilty to the four charges against him

As far as the evidence against him, there are 20 videos in all. They are reviewing still pictures of them in court.

There are 43 identifiable Penn Harris Madison students in the videos. Of those 43, 42 were minors.