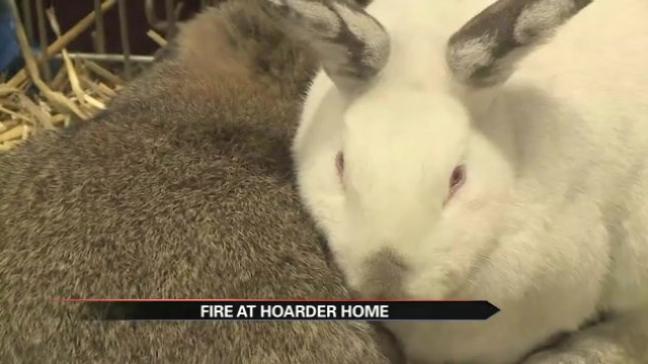 A routine kitchen fire turned into an animal rescue in South Bend on Tuesday morning.

Crews removed 37 animals from the home, and animal control said 9 died and 28 were injured.

The shelter manager at South Bend Animal Care and Control said the residence is under investigation.

Matt Harmon said, “When they first came in they were sneezing up ash, there were a lot of other issues that could have been from this fire. So right now we can't tell what was their pre-existing condition.”

Neighbors said the family who lives in the 600 block of 24th Street likes to take care of stray animals in River Park.

One 89-year-old neighbor was shaking and crying when she saw the dead animals on Tuesday morning.

Olga Fuller said, “They were laying on the ground and they said the smoke was probably what killed the birds.”

South Bend Animal Care and Control has created a quarantine room to hold the surplus of animals that were taken from the home.

Harmon said, “In the terms of what we would consider an animal hoarding case, it's not an extreme case. It's very difficult to tell because the animals we don't know what kind of condition they were in before.”

The pet owner didn't want to go on camera but said he wanted his pets back.

“With issues with a home like this, if there not licensed, not vaccinated, there are possibilities of fines of up to $2,500,” Harmon said.

Harmon said the shelter is in dire need of towels, blankets, and pet food for these displaced animals.

You can drop off items and donations at South Bend Animal Care and Control.