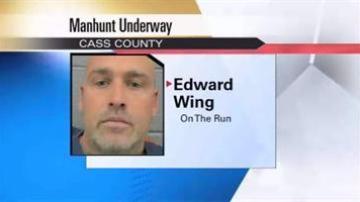 Deputies had been on a manhunt for 39-year-old Edward Payson Wing. Acting on a tip, deputies went to a location in Calvin Twp. and apprehended him.

Officers said Wing robbed the Hilltop gas station in Union on Sept. 21. Just after 5 p.m., detectives spotted him and he ran off into a field off Walnut Road near Sears Street just south of Vandalia.

ABC57 did some searching online and found that Wing has an extensive criminal history and is on parole.