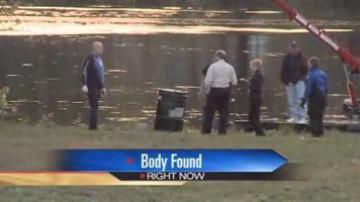 ELKHART, Ind. --- The mysterious disappearance and then shocking murder of Mark Allen Miller, 44, has left friends and family heartbroken and desperate for answers.

Family and friends were stunned when the body of a missing Elkhart County man was found inside a large steel drum along the St. Joseph River West of the Six Span Bridge in Elkhart Thursday night.

Elkhart County Coroner’s office performed an autopsy Friday afternoon and ruled that Miller's death a Homicide. Capt. James Bradberry with the Elkhart County Sheriff's Department said the identification of Mark Miller was "presumptively acquired by looking at tattoos on his body." However, Bradberry said further tests to confirm Miller's identity still need to be done.

Miller, the owner of an Elkhart tattoo parlor, went missing nearly two weeks ago. Several of his acquaintances, friends and family members gathered around the gruesome crime scene off State Road 120 and County Road 17 Thursday evening, anxiously waiting to see if the body that was discovered in the river was that of Mark Miller.

According to deputies, the body was found inside a steel 55-gallon barrel, approximately 10 feet from the river bank, by a crew removing debris and tree logs from the river.

Friday, the unlit open sign hanging in the window of Miller's tattoo shop served as reminder that Miller is gone, but friends and family said they still can't believe it.

Close friends described Miller as a wonderful friend, an excellent tattoo artist and an even better father to the five kids he leaves behind.

Sailor, a friend of Miller's, had many of her tattoos done at his tattoo shop. Her most recent tattoo, a flower on her foot, which was done by Miller himself. "Mark was a good guy, from what I saw. He was a good dad, responsible, loved to do his job, loved to do art on people that they can have forever and he had a really big heart."

There is still no word yet on how Miller died or how long his body was in the water before it was discovered. That's something the Elkhart County Coroner and detectives say they are continuing to investigate.