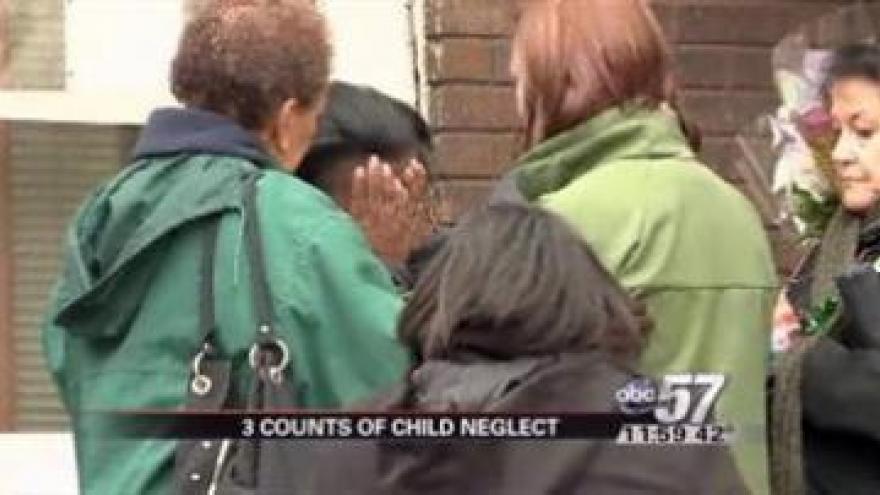 SOUTH BEND, Ind. -- Dellia Castile, the mother of a man accused of beating his own son to death, is sitting in the St. Joseph County Jail.
From the beginning, many neighbors questioned how someone could live under the same roof, and not know kids were being abused by their father. Court documents show the abuse dates back to at least January of 2010.

“I think a lot of people in the neighborhood thought that she was involved or that she knew about it,” says Pam Bryant.

The signs were definitely present in the home. According to court documents, Terry Sturgis’ 14-year-old son had to go to the hospital to get stitches in his forehead, but that’s not all.

Not only did Sturgis beat his children with a wooden club he also burned them. According to documents the children say Sturgis, 35, would burn their genitals with a screwdriver that he heated up with a lighter.

If that wasn’t gruesome enough, he also burned them with a homemade torch made of roach spray and a lighter.The kids say Castile knew about the burns because she would treat them with cocoa butter, and on three separate occasions while the children were living with her, either law enforcement or the department of child services investigated complaints of child abuse involving Sturgis.

According to documents, the children say Castile would often cover for Sturgis and would even pay him “not to beat them too hard,” or offered to do laundry so he would stop beating them. Castile is being held on a $150,000 bond. She faces three counts of child neglect, one for each of Terry Sturgis' sons. If convicted of all three felonies, she could serve anywhere between 36 and 60 years in prison.

Her hearing has been set for Tuesday, November 29th.