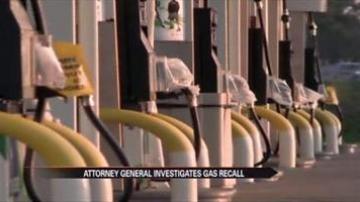 WHITING, Ind. -- On Wednesday, the Indiana Attorney General launched an investigation into the BP gas recall.

Greg Zoeller said he is closely monitoring BP's response, and he will review the claims and reimbursement process.

The recalled gas was sold in northwest Indiana between Aug. 13 and 17.

According to a statement from BP, the gas contained "higher than normal levels of polymeric residue."