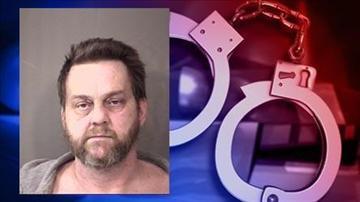 KOSCIUSKO COUNTY, Ind.-- The Kosciusko County Sheriff’s Department has arrested and charged a man with murder for allegedly strangling his roommate.

At 12:47 p.m. Sunday, deputies were called to the Hideaway Hills Mobile Home Park for a welfare check.

When they arrived, they found 51-year-old Lionel Dale King deceased.

Deputies said it appeared he had been strangled with a cord.

According to deputies, Hurley contacted family members earlier in the day regarding his alleged involvement in King’s death. Family members contacted deputies and that led to the welfare check on King.

Hurley is facing a preliminary charge of murder.

The actual cause of death has not been determined yet. It will be determined by the coroner at autopsy.