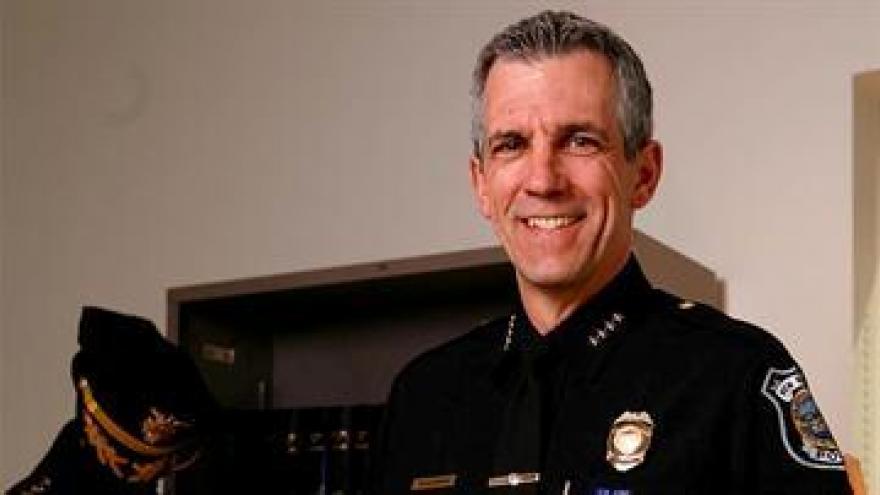 Teachman was chosen from a pool of three finalists announced in mid-December. The other finalists were Christopher Elg and Bruce Marquis.

Teachman is replacing former police chief Darryl Boykins, who was demoted nine months ago during a federal investigation into the department's phone recording practices.

The mayor is already calling Teachman a credit to the force.

"We have in our next chief someone who has a wealth of experience in law enforcement," said Mayor Pete Buttigieg on Friday via a conference call while in Arizona attending a wedding.

The mayor said he believes Teachman will provide the right kind of leadership the department needs -- the main reason he says he selected Teachman.

Another shared priority for the mayor and Teachman will be to focus on grooming and developing officers into future leaders at the department.

Teachman brings with him 34 years of experience after working up the ranks until he became police chief at the New Bedford Police Department in Massachusetts.

The mayor said Teachman was his first choice and the only one he made an offer to. He says Teachman quickly rose to the top of the list during the highly competitive and rigorous search process.

However, this is a much different picture of Teachman than former co-workers describe.

Ray Vieira sent a letter to the South Bend Police Department. In the letter it states, "Teachman's best qualities are condescendence, arrogance, and demeaning behavior."

Some council members say they have lingering concerns about these negative comments, but others on the council say they trust the mayor throughly vetted each finalist.

"That doesn't bother me, his background. As long as he is definitive in his judgment, as long as his goal is to make the South Bend Police Department the best, that's my goal," said Ferlic.

While other council members, like Valerie Schey, say they are just eager to see the city and the police department finally move forward.

"We had some real serious issues, we had a significant spike in violent crimes this year," said Schey.

A thrilled Teachman said Friday he is ready for the challenge, "I can assure you I will be available both internally and externally in the department to hear the concerns of its members sworn and non-sworn. Listen to the community about their concerns about the department. So we can all work together to improve."

The mayor says he expects Teachman to take over in January, but his start date has not been determined yet.

"I look forward to meeting with Mr. Teachman. He has a great resume and hopefully this will be a move that will work for the South Bend community.

There are several questions that I have for him when we have an opportunity to meet him.

I am curious about the FOP statement. As union leadership, shouldn't they represent the members of that union -- as to why no South Bend officers were not considered for this job. 70 percent of the officers voted for an internal Chief and 95 percent were in favor of an internal chief at the Kroc Center town hall meeting.

That being said, this is the Mayor's choice and as President of the Council I am looking forward to working with and for Mr. Teachman for the betterment of all our citizens."

"The Fraternal Order of Police has been notified of the selection of Ronald Teachman as the next Chief of Police for the South Bend Police Dept.

"Chief Teachman had a long career with the New Bedford, Massachusetts Police Department. He rose through the ranks to eventually serve as their Chief of Police before retiring in 2011.

"Three current FOP Executive Board members were afforded an opportunity to meet all three candidates to include Chief Teachman. In addition to the scheduled time we met with Chief Teachman he, the only one of the three candidates, made himself available to us again later in the day to discuss issues surrounding the department as well as letting us get to know him. I believe that speaks positively to his interest in taking the helm of the South Bend Police Dept. and moving It forward.

"The FOP pledges to work with Chief Teachman in advancing the department to better serve and protect the citizens of South Bend.