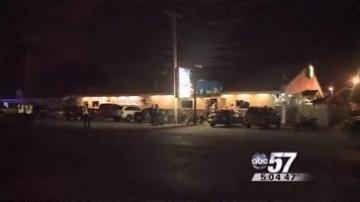 OSCEOLA, Ind. - An Elkhart woman who was hit by a car Saturday night in Osceola has died.

According to police, Cataldo was attempting to cross Lincoln Way West in Osceola. That's right in front of Mr. G's Restaurant-Lounge.

Police say she walked across the street before seemingly changing her mind and went back the other way. She was then hit by a small sedan.

Lt. Matt Blank, Public Information Officer with the St. Joseph County Police Dept. told ABC 57 News on the phone that a great deal of family members were at the hospital with the victim just before she died.

Investigators said alcohol or speed don't appear to be factors in the crash. Sunday the flag at Trinity Lutheran Church and School flew at half-staff to honor her death.

The driver of the vehicle, a 30-year-old woman visiting from South Carolina was not injured.