Update on abandoned, neglected animals and horses in Plymouth 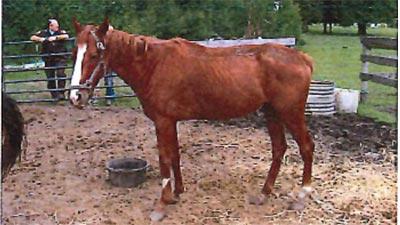 The Marshall County Prosecutor's Office has issued an update on the prosecution of Brian and Stacy Watts, the former owners of Inwood Ranch in Plymouth. They are facing multiple charges related to the alleged abandonment of horses, goats, chickens, dogs and cats in their care.

The Marshall County Prosecutor's Office believes Brian and Stacy Watts are still in Texas. The office has been communicating with Brian's attorney.

The state is seeking restitution from the Watts and is asking anyone who has one of the animals to send any veterinary or farrier bills to the prosecutor's office.

The Watts were charged with 15 counts of cruelty to an animal, all class A misdemeanors.