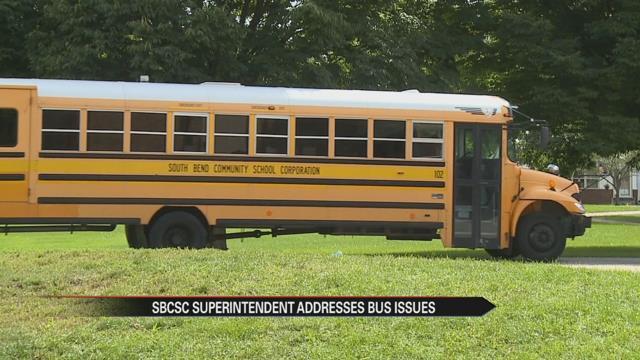 ABC 57 News sat down with Dr. Spells one-on-one for an update on the progress.

“It’s getting much better, we are working hard to address the situation,” said Dr. Spells.

Before school began, the transportation department told me all routes were covered. Since then the department has lost several drivers.

Because of the shortage, every substitute is used daily. If anyone calls out, a route will be without a driver so drivers are forced to double up on routes and kids get home late.

“It’s improving each day. We’re getting more drivers trained; again we are waiting on the background checks and the training,” said Dr. Spells.

Dr. Spells says he can’t speculate as to when things will run exactly as they should.

In the meantime he’s working on communication with parents by hiring two new transportation dispatchers.