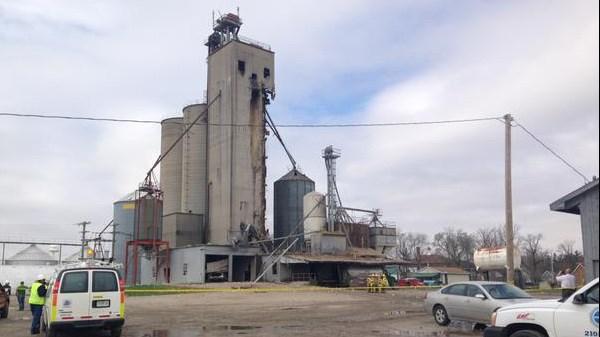 Three of the four men injured in the grain elevator explosion in LaCrosse Indiana on Thursday remain in the hospital, according to a Co-Alliance press release.

One of the victims has been released.

The two with serious injuries were taken via helicopter to the St. Joseph Burn center in Fort Wayne. Both Jonah Pacione, 19, and Emilio Galicia, 43, remain hospitalized.

Chris Fort, 26, was initially taken to Porter Memorial Hospital in Valparaiso but was transferred to the Loyola Burn Center in Chicago. He is still hospitalized.

Co-Alliance says they have secured the site for the investigation and for safety.

“Our priorities are providing support to our injured employees and their families and making sure the LaCrosse Feed Mill site is secure during the investigatory period,” said Co-Alliance CEO Kevin Still.

“After the facility is secure enough for inspections to begin, a team of grain and feed mill experts will evaluate the extent of the damage. After we receive their evaluation, Co-Alliance will develop a plan for the future of the location which is likely to include the demolition of the grain tower and attached feed mill. Co-Alliance will also continue cooperating with investigators as they work to determine the cause of the accident that occurred yesterday,” said Still.