UPDATE: One man in hospital after meth lab explosion 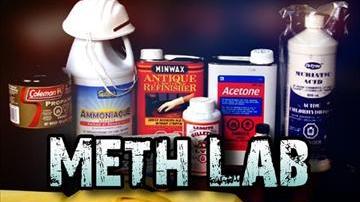 OSCEOLA, Ind. — Police in St. Joseph County say that a boat house explosion in Osceola was a meth lab.

According to witnesses, the explosion happened just after 8:30 Tuesday evening on Vistula Road.

Investigators say it appears to have been triggered by the meth making process.

Two teenage girls say they were fishing on the river when they heard an explosion.

They told ABC57 the fumes that filled the air didn't smell like a normal fire but chemicals.

Witnesses say a male left the scene with his dark hair completely singed after packing a few things into his car.

The man later showed up at Memorial Hospital. According to police, he is a suspect in the case.