UPDATE: Power restored to most of South Bend 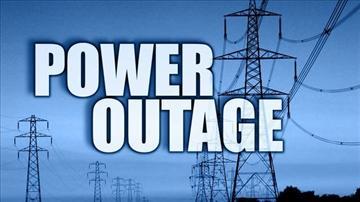 SOUTH BEND, Ind. -- Indiana Michigan Power has restored power to most of the South Bend residents and businesses who lost power around 10 a.m.

The outages happened around 10 a.m.

"Three separate outages this morning. They all occurred between 10 a.m. and 10:10 a.m.," said Eric Putt of Indiana-Michigan Power.

The first outage that affected 1,850 customers was caused by a tree that fell near the Notre Dame campus.

The outage was in the area of W. Edison Road, Corby Boulevard and North Twyckenham.

A Corby Boulevard resident says she had to use a garden hose to stay cool.

"It's hot. Like a smothering hot. Like you're trapped in one spot kind of hot," said Juwan Johnson of Corby Boulevard.

Power was restored just after 2 p.m.

The second outage affecting 1,330 customers was the first to be repaired. Power was restored around 11:30 a.m.

It was in the area of West Indiana Avenue, West Ewing, S. Olive Street, and S. William Street.

The third outage affects 230 customers, although they did not have a specific location of the outage.

"We just want everyone to know - that when we do have a power outage - we are working to get power restored as quickly and safely as possible to get that service back up, so that people can get back on with their day," said Putt.