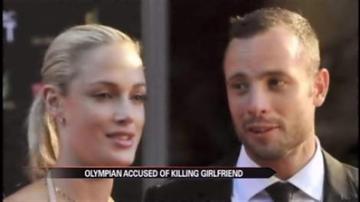 SOUTH AFRICA — He gained international recognition on the world stage but Thursday he was arrested for the murder of his girlfriend. Oscar Pistorious was the first ever double amputee to compete in the Olympics.

On Friday, prosecutors filed a single murder charge against Pistorious.

He is accused of killing his girlfriend inside his South Africa Home. Police say she had been shot four times.

"She was always willing to listen to you, give you advice...it doesn't feel real yet. she was such a wonderful person," said Mashadi Motsogi, the victim's friend.

Police would not confirm the motive but say this was not the first time domestic disturbances were reported in the home. Authorities also said neighbors reported hearing shouting before the shooting.

South African police say they will oppose any application for bail.