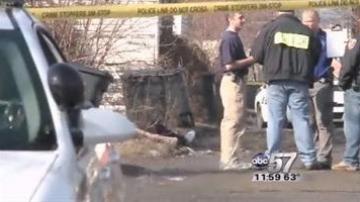 SOUTH BEND, Ind. -- ABC 57 News has an update on a man who was found dead in a South Bend alleyway.

The St. Joseph County Prosecutor's Office released some information Wednesday afternoon concerning the man's identity. They said the body has been identified as 56-year-old Keith Doaks.


As part of their  protocol, Metro Homicide was called to the scene in the alleyway between Prast and Hertzer, near the Prast and Meade Street intersection.

Police investigated and took photos. The body was then removed at 11:30 a.m.

Despite the neighbors' claims that they heard a single gunshot fired overnight, the autopsy revealed no signs of trauma.

Toxicology results will take several weeks before results are available.