UPDATED: Arrest made in 1993 murder of 16-year-old Rayna Rison 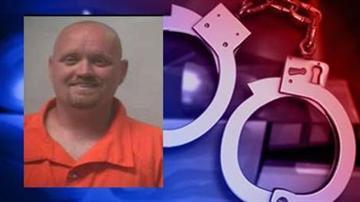 LAPORTE, Ind. -- A LaPorte man was arrested Friday morning during a traffic stop on one count of murder. Jason L. Tibbs, 38, is accused of killing 16-year-old Rayna Rison in 1993.

"Parents hug kids before you go out the door. Believe me, you don't know how much I miss that," said Bennie Rison in 1993.

They still live in the house where Rayna Rison grew up. Out front there's a faded reminder in the window that she will never be forgotten.

Friday morning they got the news they've been waiting for since their daughter was murdered.

"They came in a notified us that there'd been an arrest," said Bennie.

Rayna's mother Karen says the purple butterfly out front symbolizes her daughter's presence in the family.

Now they must deal with the revelation that the suspect, 38-year-old Jason TIbbs, was a friend of their daughter.

"The problem right now is our emotions are running on overload since we got the news," said the Risons. "We actually didn't know him that well. We knew who he was and he was a friend of Rayna's."

According to court documents, Rayna and Tibbs dated before her death but had broken up. He wanted to get back together with her.

Rayna disappeared in March 1993. Her body was discovered the following month in a pond off Range Road.

In March 2008, police interviewed inmate Rickey Hammons. He was 14 at the time of Rayna's death.

Documents say Hammons told detectives he witnessed Jason Tibbs and Eric Freeman pull his sister's car into their pole barn and that a body was in the trunk.

Hammons said he later realized that body was the same girl in the home videos he had seen on the news.

Freeman got an immunity agreement and gave police a statement in June 2013.

He said he saw Tibbs strangle Rayna during an argument about them getting back together.

He said he helped put her body in the pond.

Tibbs was arraigned Friday morning. He is being held without bond.