Upset about the shutdown, man flies flag upside down 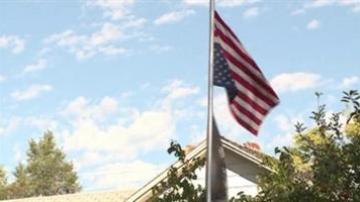 SEVEN POINT, Wis. -- A Wisconsin man is so disgusted with the United States government that he is flying an American Flag upside down.

Walter Blanchard is a veteran that served in South Korea twice and once in Vietnam and he feels that country is in trouble.

While it is not against the law, some of his neighbors say it is sending the wrong message.

Blanchard says flying his flag this way is sending a message.

"I'm hoping other people do the same thing and follow suit. This country needs to be straightened out," said Blanchard.

Blanchard says he will continue to fly his flag upside down until he sees some changes.