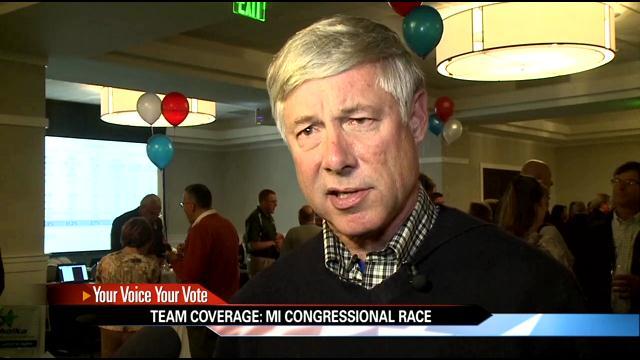 Congressman Fred Upton will return to Washington, D.C. after defeating challenger Democrat Paul Clements. Upton got 62 % of the vote to Clements 34%.

Even while celebrating, Upton was still all business. He said he has a conference call with Majority Leader Kevin McCarthy on Wednesday.

"We've been working with Kevin's staff the last couple of months really to look at bills that we can move through our community next year, that are bipartisan, whether it be on the health side or energy. Obviously 21st century cures are one of those huge initiatives that we're looking to push forward. It will be exciting as we really put that agenda together," said Upton.

Clements has not made any statements.
Share this article: