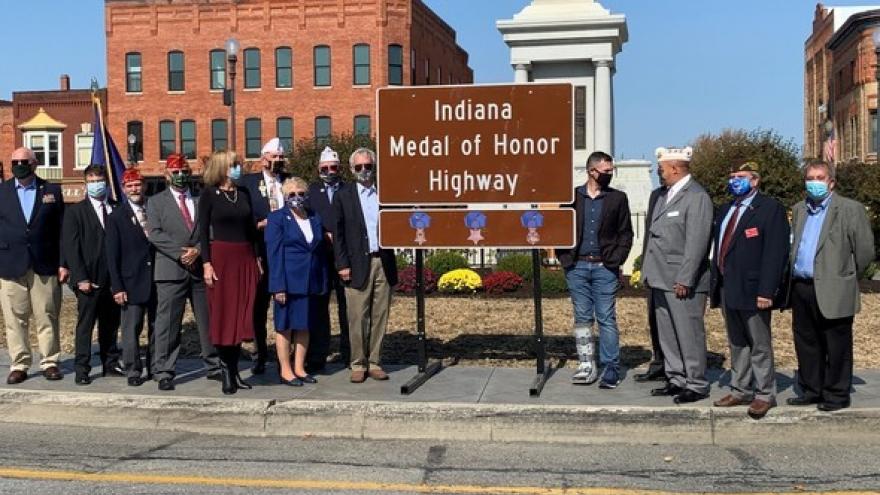 ANGOLA, Ind. – The Indiana Department of Transportation has named the U.S. Highway 20 Bypass the Medal of Honor Memorial Highway. A naming ceremony and sign unveiling was held in Angola with many officials in attendance.

State Representative Denny Zent worked with Indiana veterans’ organizations to commemorate the 156 miles of the highway that runs through the Hoosier state.

“Indiana is a state with a proud history of showing honor and respect to our nation’s veterans. Naming U.S. 20 as the Medal of Honor Memorial Highway is a wonderful tribute to the men and women who protect our freedom and our country, and I’m so grateful to Rep. Zent and the veterans’ organizations that led this effort,” said Governor Eric J. Holcomb.

Indiana is the sixth state to adopt the Medal of Honor name for its portion of U.S. 20 which runs nearly 3400 miles across the country.

INDOT will be placing eight of the signs along the highway in Steuben, LaGrange, Elkhart, St. Joseph, LaPorte, Porter, and Lake counties.