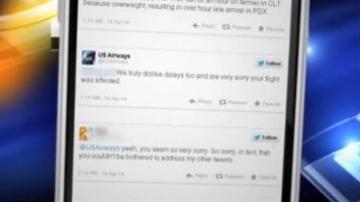 US Airways is trying to recover from a massive social media mistake.

A woman complained through Twitter about a delay, and the airline replied with an apology and a link that showed a picture of a naked woman with a toy plane.

The airline has already offered an apology, but some people do not think that's enough.

A spokesperson for the airline says the picture was initially posted to US Airways Twitter feed by another user.

Social media experts offer a word of caution for other companies, once something like this is put out in the cyber world, it is out there forever.