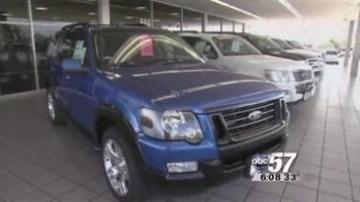 U.S. automakers reported improved monthly sales that were among the best in the past four years!

Analysts are crediting a desire to buy more fuel-efficient vehicles.

Experts said the U.S. automakers are far better prepared for the current gas price spike, than they were four years ago.