US-backed forces kick off offensive against ISIS in Syrian city 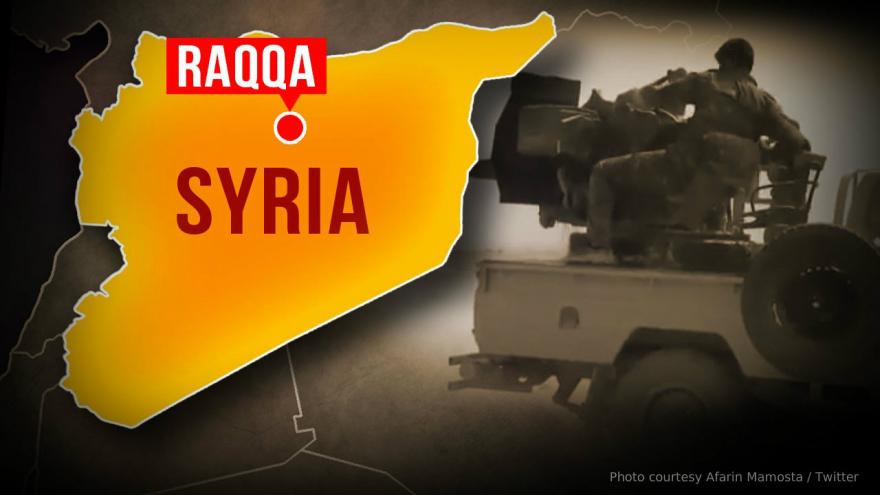 (CNN) -- US-backed forces in Syria said Saturday they were launching an offensive against ISIS in the eastern city of Deir Ezzor.

The Syrian Democratic Forces, an alliance of mostly Kurdish and some Arab militias, said the push is designed to force the terror movement from eastern parts of the city -- the largest in eastern Syria and one of the largest in the country.

The SDF is already fighting ISIS in its de facto capital of Raqqa, Syria, and is now aiming to clear the eastern bank of the Euphrates River of the militant fighters, a statement said.

Deir Ezzor is arguably more important to ISIS than Raqqa.

It sits at the heart of Syria's oilfields, once an essential source of income to ISIS, and is Syria's main gateway to Iraq. It's also one of the most crucial in a string of towns along the Euphrates, where ISIS is expected to make its last stand.

"Daesh (ISIS) gangs are trying to attack the al-Shaddadi area and the eastern outskirts of Deir Ezzor in a desperate attempt to raise the morale of their forces in Raqqa, and so we in the Deir Ezzor Military Council have decided to begin this decisive campaign," the SDF statement said. The al-Shaddadi region is in Hasakah province in northeastern Syria.

ISIS still holds much of Deir Ezzor, thought to be home still to 90,000 civilians (though many have fled), and controls territory to the south of the Euphrates. But the group is quickly running out of fighters, supplies and escape routes.

There have been a series of setbacks for the terror group. In recent weeks, ISIS has been driven from one refuge to the next as its territory in Iraq and Syria continues to shrivel.

In late August, Iraqi security forces surrounded the town of Tal Afar, some 80 kilometers (50 miles) west of Mosul. Despite official predictions of a long, difficult slog, the town was cleared of ISIS fighters within a week -- with militants literally dragged from sewers.

In northern Syria, the SDF pushed forward into the Old City of Raqqa. The alliance now controls two-thirds of Raqqa, which has served as the administrative headquarters for ISIS and ground zero for its plotting of overseas attacks.

This week, the Syrian army reached the western front of Deir Ezzor -- ending ISIS' siege of the 137th Brigade Base, a garrison that has long relied on airdrops to survive.

Ceasefires arranged elsewhere in Syria, under Russian auspices, freed up the Syrian army to advance east, allowing troops to race across 200 kilometers (124 miles) of desert to Deir Ezzor in a few weeks.