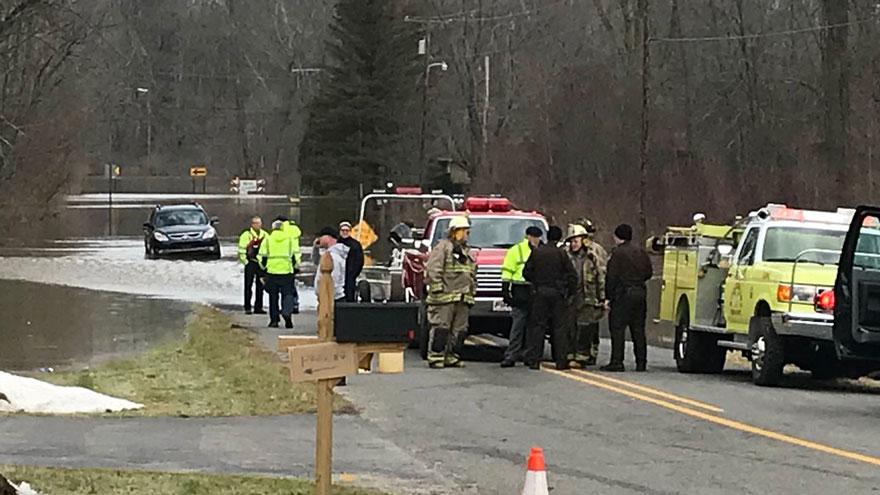 ST. JOSEPH, Mich. – The U.S. Coast Guard and local police and fire departments rescued 40 people and animals from their flooded homes along Derfla Drive in Royalton Township and the Meadow Stream mobile home community on River Road in Sodus Township.

The Coast Guard received a call around 8:15 a.m. Thursday to do a welfare check on two residents living in Sodus Township.

The station requested assistance from the Sodus Township Fire Department, but fire department personnel could not reach the people in distress.

A response crew was launched from Station St. Joseph and arrived on scene around 8:45 a.m. The residents were successfully rescued from their flooded home.

Crews from Coast Guard Stations St. Joseph and Michigan City, Indiana, and the Berrien County Sheriff's Office Marine Division and the Royalton Township Fire Department evacuated residents along Derfla Drive. More than 40 people and their pets have been rescued, according to the Coast Guard.

The American Red Cross is assisting the people who are displaced by the flood waters.