U.S. dollar drops sharply after Trump calls it 'too strong' 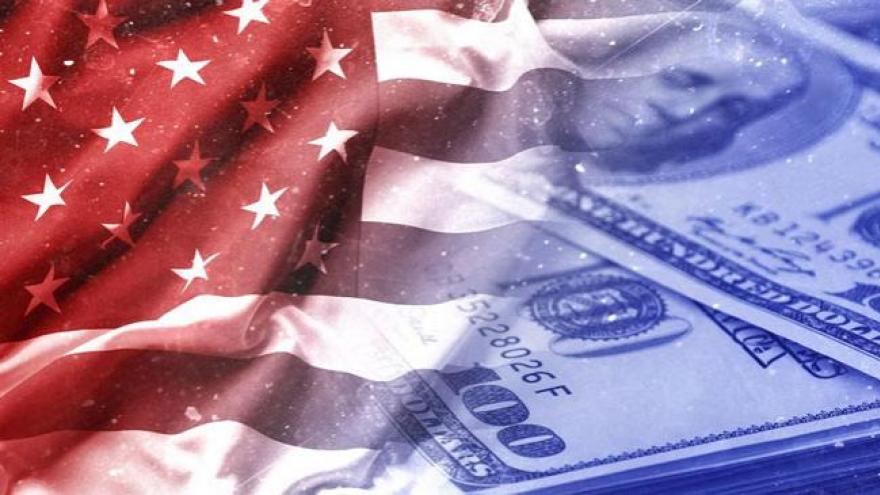 The dollar dropped over 0.6%, a major move, after Trump told the Wall Street Journal that the dollar is "getting too strong."

"I think our dollar is getting too strong, and partially that's my fault because people have confidence in me," Trump said. "But that's hurting -- that will hurt ultimately."

The dollar hit its highest level in over a decade in December, a sign of that investors are betting on the prospects of a stronger US economy compared to other parts of the world.

The president is worried that US businesses, especially manufacturers, won't be able to compete. American goods are more expensive relative to European or Japanese products when the dollar's value is too high.

"It's very, very hard to compete when you have a strong dollar and other countries are devaluing their currency," Trump said.

On the campaign trail, Trump frequently slammed China for purposefully weakening its currency, the yuan, to make its goods cheaper on global markets.

He vowed to label China a "currency manipulator" on Day One of his presidency, the equivalent of calling China a bad actor. That didn't happen, but the president continues to talk tough on China. Just last week, Trump called China the "world champions" of currency devaluation.

"They're not currency manipulators," he said Wednesday.

China's currency has actually been trying to prop up its currency recently as the government there tries to encourage wealthy Chinese to keep their money at home instead of investing it overseas in the US, UK or elsewhere.