US expected to be energy independent in the near future 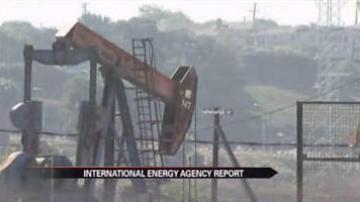 According to the International Energy Agency, the United States is expected to be the world's largest oil producer by around 2020.

They also reported that the U.S. will be energy independent 10 years after that.

America's rise to the top is credited to a resurgence in oil and gas production and newer vehicles that are more fuel efficient.