US may add more airports to electronics ban 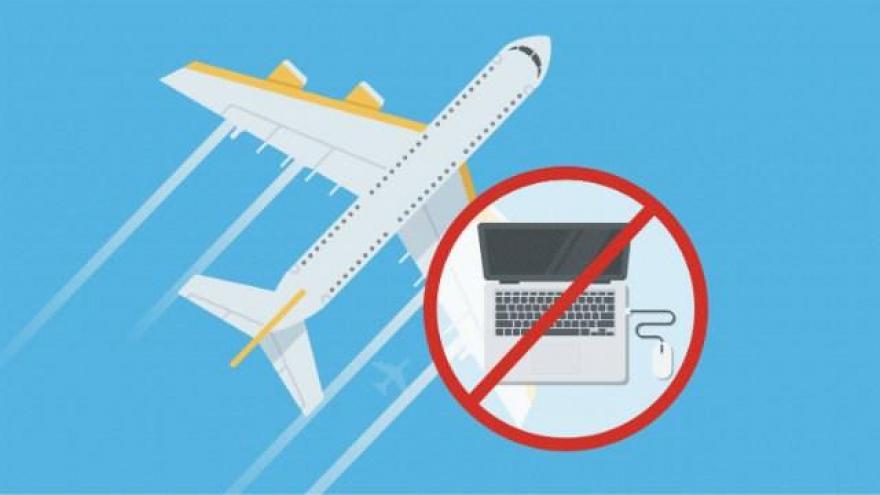 WASHINGTON (CNN) -- The US may expand the number of airports affected by a ban on large electronics in carry-on luggage, Homeland Security Secretary John Kelly said Wednesday, based on a "real" threat.

Kelly told a Senate committee that the move by his agency to ban large devices like laptops in carry-on luggage from 10 airports in eight countries is based on a specific concern.

"It's real. I think it's getting realer, so to speak," Kelly said. "We may take measures in the not-too-distant future to expand the number of airports."

Kelly insisted the measures taken to date, which affect flights from predominantly Muslim countries, were not taken "because of the Muslim religion" or any other prejudicial reasons, but rather because of specific concerns.

Kelly said that briefed President Donald Trump on the plan, but it was his decision, and that he made it because of the threat.

"It's a real threat. We know on any given day, there are dozens of cells that are talking about aviation, and you just watch them over time and see if they develop and they go from talking to actually doing something. So there's a real threat all the time," he said.

CNN reported on Tuesday that enhanced screening is also taking place at 14 airports in the US.

The Department of Homeland Security is targeting and isolating certain aircraft for additional screening upon landing in the United States as part of the larger electronics ban the agency announced late last month.

The additional security procedure is happening behind the scenes and was not publicly disclosed by DHS when it announced a ban on electronic devices in the cabin of certain flights.

A source with knowledge of the screening procedures told CNN that TSA is targeting flights arriving from the same Middle Eastern and North African countries covered in the electronics ban, and screening them with bombs sniffing dogs and equipment.

CNN also reported last month that terrorists are developing new bombs that could be hidden in laptops to evade airport security screening.