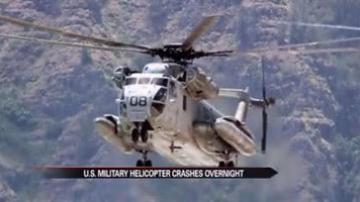 SOUTH KOREA — A U.S helicopter has crashed near the North Korean border. It went down during a training exercise near an army base just north of Seoul.

A military official confirmed that it was a Marine helicopter that was carrying 21 people.

All of those on board were taken to the hospital. Fifteen people have been released.

So far, no deaths have been reported.