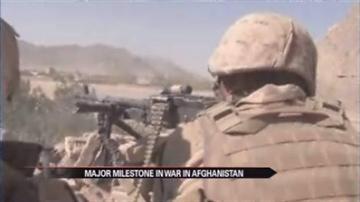 AFGHANISTAN — After more than 10 years in Afghanistan U.S. forces are finally shifting roles and taking a back seat on all military missions.

It is a major milestone in the war.

Coalition troops, including 66,000 Americans, will no longer be in charge of planning, executing, or leading missions.

Instead, they will be offering assistance only when requested by Afghan leaders.

The transition comes as another big announcement is set to be made Wednesday in Afghanistan.

The Taliban are saying they will join peace talks and begin negotiating with Afghan officials.