US moves forces from Syrian location after 'unusual' attack nearby 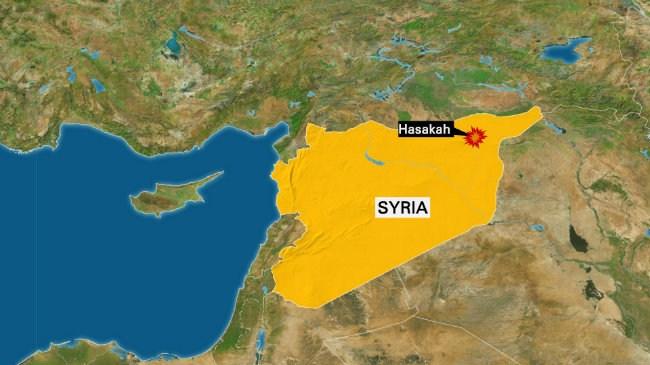 (CNN) -- The military pulled US special operations forces from their northern Syria position after the Syrian military began bombing nearby, attacking Kurdish positions in and around the city of Hasakah, according to a US defense official Friday.

The official indicated it was a relatively small number of US forces that moved out of their locations. It was not immediately clear how many are left, if any, in northern Syria.

No US forces were wounded during the Syrian bombing, according to officials.

Still, the attack in the Hasakah area has deeply unsettled Pentagon officials. US special operations forces have been in the area for months conducting training and advisory missions with the Arab and Kurdish elements of the Syrian Democratic Forces (SDF), the major US ally in the region.

When the bombing began, coalition forces on the ground tried to call the Syrian aircraft on a common radio channel, but there was no response, according to Pentagon spokesman Captain Jeff Davis.

He declined to say which coalition forces tried to reach the Syrians. But US personnel quickly called the Russians on a previously established channel to try to determine who was firing. Davis said the Russians assured the US it was not them. The US at that point made it clear through the Russians that the US would "take whatever action is necessary" to defend US forces on the ground if the strikes continued.

The US quickly sent fighter jets to the area, but by the time the US planes arrived, the Syrians were withdrawing.

There were a total of two Syrian SU-24 aircraft hitting Kurdish targets in four locations, the official said.

Davis called the entire situation "very unusual" and said the Pentagon was "hard pressed" to think of another time when Syrian forces came so close to attacking the US, even if that was not their intention. He underscored it is well known that US forces are in the area. But Davis said that there had been "tensions" between Kurds and Syrian-controlled enclaves in the area in the days before the bombardment.

The Pentagon has now increased air patrols in the region and plans to continue that, he said.