US proposes tariffs on 1,300 Chinese goods 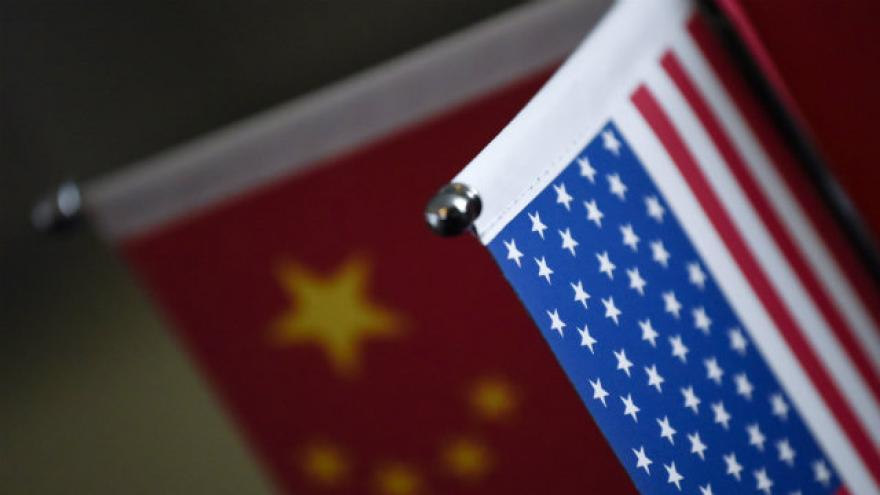 The Trump administration on Tuesday identified about 1,300 Chinese exports that could be targeted following a months-long investigation into intellectual property theft. Photo courtesy AFP/Getty Images

By Patrick Gillespie and Julia Horowitz

(CNN Money) -- Fears of a trade war between the United States and China just escalated again.

The Trump administration on Tuesday published a list of about 1,300 Chinese exports that could be targeted for tariffs.

The United States plans to apply the tariffs to about $50 billion worth of goods to punish China for its theft of trade secrets, including software, patents and other technology. A 25% tariff would be applied to all the products, according to the US Trade Representative, a wing of the White House.

Many of the tariffs would target the Chinese aerospace, tech and machinery industries. Others would target medical equipment, medicine and educational material, such as bookbinding equipment.

In a statement, the Chinese embassy in the United States said that China "strongly condemns and firmly opposes" the proposed list.

"As the Chinese saying goes, it is only polite to reciprocate," the embassy said, adding that China intends to pursue the matter with the World Trade Organization and enact "corresponding measures of equal scale and strength against U.S. products."

The tariffs won't go into effect immediately. The administration will hold a public hearing for US businesses on May 15. Even after that, it's not clear when the tariffs would be applied.

US business advocates said the administration diagnosed the problem with China correctly, but had the wrong remedy.

"The administration is rightly focused on restoring equity and fairness in our trade relationship with China. However, imposing taxes on products used daily by American consumers and job creators is not the way to achieve those ends," said Myron Brilliant, executive vice president of the US Chamber of Commerce, an advocacy group that has long been opposed to Trump's trade policy.

A lobbying group for US farmers pleaded with the administration not to go forward with the tariffs, fearing retaliation by China, one of the largest buyers of US crops.

"We continue to urge the administration to listen to farmers across rural America who can't afford new taxes on their exports," Max Baucus, a former Democratic senator from Montana and co-chairman of Farmers for Free Trade, said in a statement.

The list came hours after China's Foreign Ministry insisted it would respond with equal measure to any US tariffs. China said it has its own list of American exports that it will target if the United States goes through with its plan.

"We have been saying that China wouldn't start a trade war," a Foreign Ministry spokesperson said in Beijing. "But we are not afraid of it, and we will resolutely fight to the end if someone insists on a war."

Leaders from both countries have been in talks for more than a week to try to make compromises and provide US companies more rights in China.

After a months-long investigation, the USTR concluded that China forces US tech companies that want to operate there to enter joint ventures with Chinese businesses and share their technology. Chinese firms often steal patents and software from the American firms, the investigation found.

There is little dispute in the United States that China does not play by the rules when it comes to tech trade. The debate in Washington is about the best way to punish China without hurting American consumers.

The USTR also proposed tariffs on Chinese-made military rifles, shotguns and grenade launchers. Turbo jet engines and certain helicopters are among those slated in Chinese aerospace to be hit with a duty. Several drilling machines are on the list as well.

China responded to the metal tariffs with its own tariffs on $3 billion of US exports to China, including fruits, wine, nuts and pork.