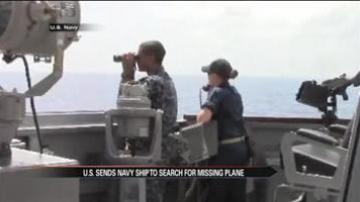 A United States Navy destroyer is on its way to the Indian Ocean to search for the missing Malaysian Air Flight 370.

Investigators are no closer to finding any sign of the missing plane than they were nearly a week ago when it disappeared.

A Colorado company is asking volunteers to help scans satellite images for any sign of debris.

"We can get the satellite to take a picture of a 2,000 square kilometer swath and cover it in 10 minutes with thousands of human eyeballs," said Nate Ricklin of DigitalGlobe.

Company reps say more than a million people have poured over those satellite images but there has been no sign of the plane that was carrying 239 passengers and crew members.