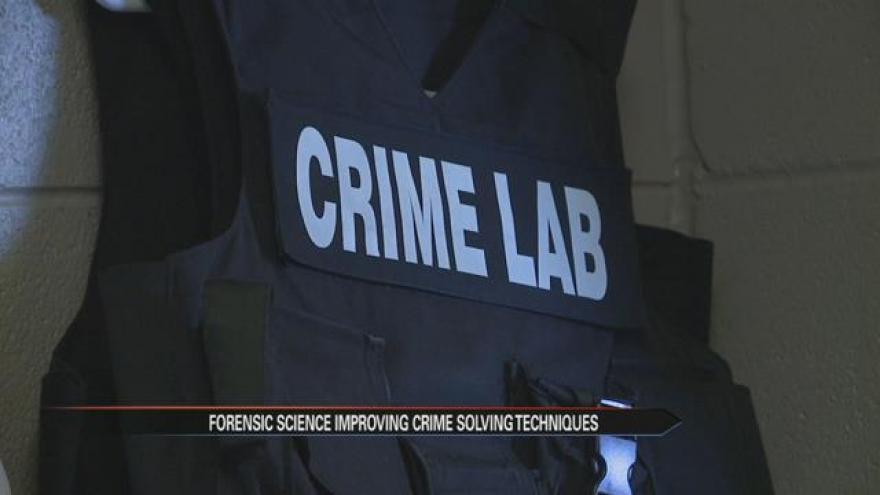 The week of August 9 through August 15 is recognized as National Forensic Science Week. The purpose of the week is to educate the public and raise awareness about how forensic science plays a key role in tracking down criminals and solving crimes.

The South Bend Police Department uses their crime lab to assist St. Joseph County and other agencies in the Northwest Indiana area.

Police departments use the Automated Fingerprint Identification System, known as AFIS, to search for fingerprints that have been left at crime scenes, and to process new prints.

“We’re able to search. Take an unknown print and search it through local, state, and even the FBI’s database for an identification and manually that’s something impossible to do, so that’s huge,” said Charles Eakins, SBPD Crime Lab Director and Latent Fingerprint Examiner.

They also use an Integrated Ballistics Identification System in their firearm department to link ballistic information to previous investigations and to compare guns used in crimes. They are able to recreate shootings and learn specifics of a bullet's trajectory.

Forensic science technology is more advanced than ever before and allows departments to operate quicker than in the past.

“There are advancements in technology and massive improvements since I started as a police officer. We didn’t have AFIS or IBIS or any of that. It was all manual comparisons with fingerprint cards and we don’t really even handle cards now, it’s all gone digital,” said Eakins.

Ray Wolfenbarger is a Firearm and Tool Mark Examiner in the lab and said he stays busy.

In 2015, the firearms part of the lab has already matched about 250 cases with other cases using their IBIS comparison database.

"Anytime there’s shootings or shooting situations, the evidence is then brought to me and at which point in time we actually examine the evidence and then we put some of the evidence into a database. I examine casings in bullets, and bullet fragments and determine whether or not they were fired from a particular gun or not,” Wolfenbarger said.

When their work is done, they pass the information along to prosecutors who can use it to close cases.

“It’s very gratifying when we close cases. I can tell you some that the forensic work we did, the identifications and firearms, and fingerprints made the case, made a huge difference,” Eakins said.