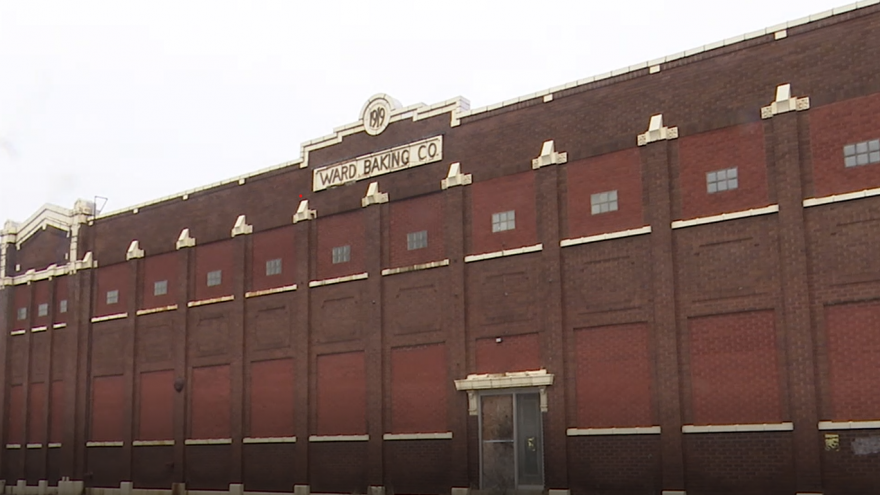 SOUTH BEND, Ind. --- The Ward Bakery Co. building on Portage Avenue in South Bend has been vacant for over a decade, but with new plans on the table the building might just be getting a remodel.

Near Northwest Neighborhood Inc. had plans at one point to turn the vacant building into affordable housing, but the non-profit’s application for tax-credit funding was denied.

Now a group of four developers hope to completely renovate the building into a Neighborhood Center as early as March of 2021.

Mike Keen, Principal of Thrive Michiana, has worked with other developers to transform the community around the old Ward Bakery Co. building with renovations and additions.

“What we call the elephant in the room and that is this Ward Bakery building,” said Keen. “That has been empty for the last 10 or 15 years and it’s just slowly been deteriorating and quite frankly, people who don’t live in this neighborhood are scared by it.”

Keen said they were the only ones to submit a bid and proposal to the county.

The developers placed a bid of $2,000, but they now have 120 days to do their due diligence and check the condition of the building, according to Keen. By September of 2020, the team will be able to take possession of the building.

The roof of the building that was built back in 1919 has since caved in and there is environmental remediation that needs to be done, according to Keen.

However, if everything continues to go as projected, the community will have a Neighborhood Center built in the next few years.

In fact, Keen said that the work has already begun.

“As soon as we get our first day open in there, we’re going to go in there and clean, clean, clean,” said Keen. “During the time between now and then that we’re waiting for it, we’ll be doing our design and we’ll be doing our preleasing so that when we hit the ground, when we’re able to legally take possession of this building and go in there, we’re going to hit the ground running.”

The developers envision office space, event space for both indoors and outdoors, some retail booths and more.

A woman who has lived in South Bend for 25 years said she has never seen a more promising plan for the building.

“I’m just thrilled,” said Betsy Roessner. “I really am. It affects my property value, it affects my daily life.”

Keen has completed a number of projects in the Portage Avenue community, including unique benches and renovated two buildings as work and living spaces just across the street from the old bakery building.

Keen said he collaborated with Habitat for Humanity to build five homes and now he is working to break ground on a tiny homes project near Portage Avenue.

In the next two years, the community will see significant change, according to Keen.

The new Neighborhood Center could open to renters as soon as March 2021 if all goes well.