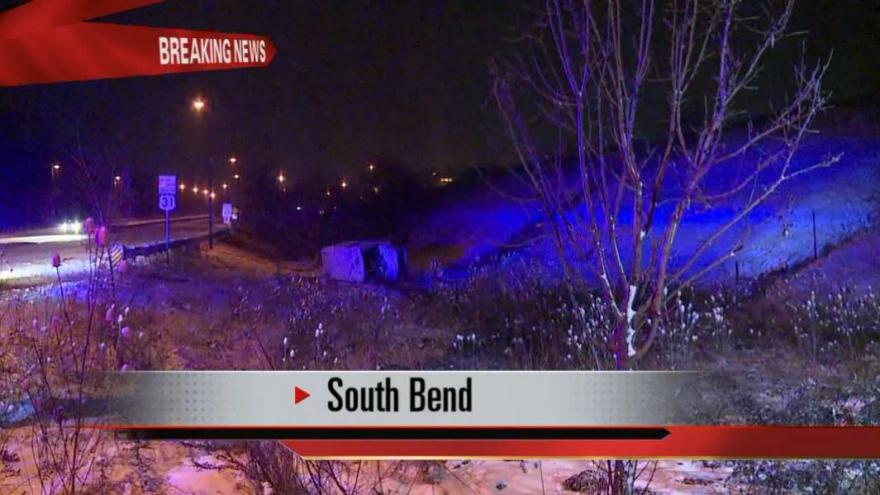 Eleven people were taken to the hospital after the van they were in rolled over landing on its side in an embankment. It happened early Friday morning along the Indiana Toll Road near Cleveland Road and Riverside Drive.

Four adults and seven kids were in the van traveling home to Illinois, according to Indiana State Police. The driver and passenger in the front seat were the only ones injured. Neither are said to be serious.

ISP believes speed and the weather conditions were both factors in the crash.

INDOT warned drivers late Thursday night that the cold temperatures are making it harder for salt to do its job on the roads. Drivers are being encouraged to take it slow.

Remember that salt has to work harder to do its job when temps are below 20. Watch for slick spots and slow down! #INDOTWinterOps pic.twitter.com/CjowvZTfPm

The accident is not causing any traffic disruptions.