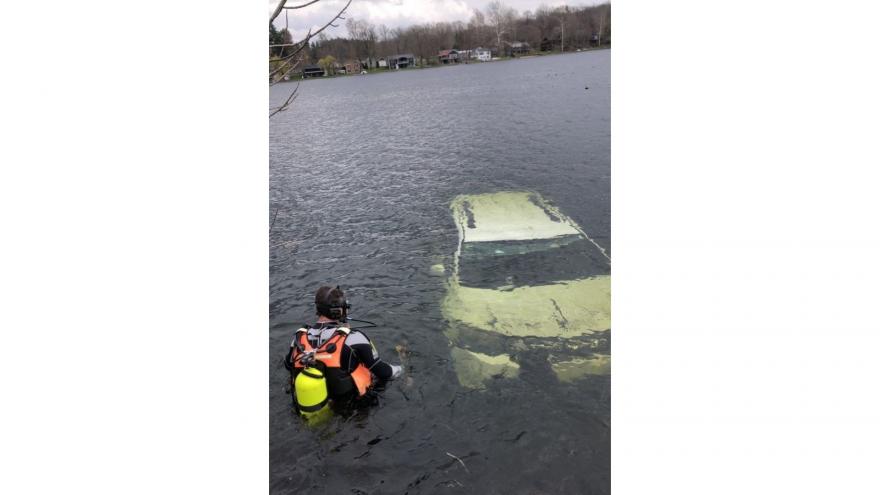 VAN BUREN COUNTY, Mich. – No one was injured when a vehicle rolled into a lake Sunday afternoon, the Van Buren County Sheriff’s Office announced.

At 12:54 p.m., deputies were called to the 48000 block of Fairbanks Avenue for a report of a van that was submerged in Brownwood Lake.

The driver and sole occupant, a 37-year-old man, was able to get out of the vehicle uninjured.

According to the investigation, the driver was trying to back out of a private driveway when the vehicle’s brakes failed.

The driver couldn’t stop the vehicle and it rolled backwards, off a seawall, and into the lake.

The vehicle was submerged in six to eight feet of water, according to reports.

The vehicle was in the lake for about two hours before it was recovered.