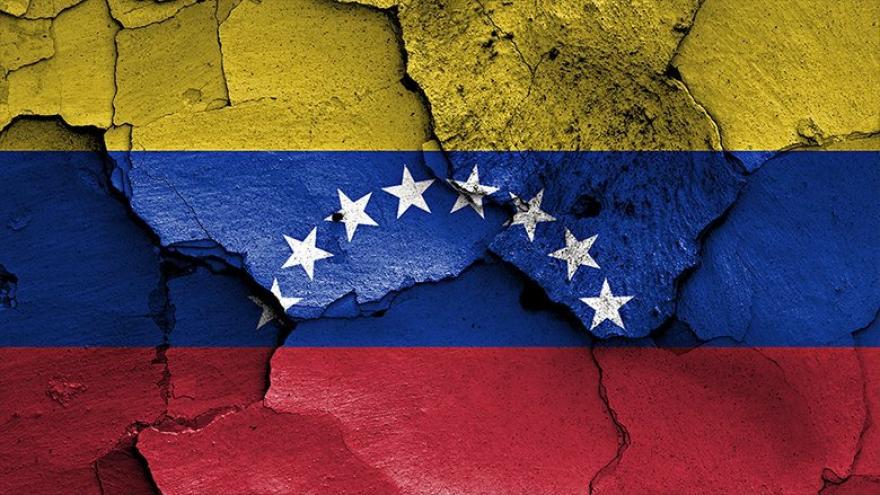 By Flora Charner and Patrick Gillespie

CARACAS, Venezuela (CNN) -- After weeks of street clashes and tension, Venezuelans started casting ballots Sunday in a poll that could mark a stark turning point for the country.

The vote would allow President Nicolás Maduro to replace the current legislative body, the National Assembly, with an entirely new institution known as the Constituent Assembly.

Experts say the outcome is a foregone conclusion: Maduro will be able to consolidate political power.

Polls opened at 6 a.m. ET Sunday, with nearly 380,000 troops guarding voting stations, and close at 6 p.m., according to a government release.

Maduro's administration has deemed any protests illegal, threatening anyone who defies the no-protest order with up to 10 years in prison.

Maduro's opponents control the National Assembly, holding 112 of the body's 167 seats, and have been battling with him for political power since they won a majority of seats in December 2015. Before the winners of those elections took office, Maduro stacked the country's Supreme Court with loyalists to prevent his own impeachment.

The proposed Constituent Assembly would be made up of 545 members, all nominated by Maduro's administration. Nominees include his wife, Cilia Flores, and prominent loyalists such as former Foreign Minister Delcy Rodriguez and former Vice President Diosdado Cabello.

The opposition hasn't submitted any candidates for the vote because it doesn't recognize the legitimacy of the election. Maduro foes aren't going to the polls and instead have scheduled a large protest in the capital, Caracas, for Sunday.

Ultimately, Sunday's vote and the creation of Maduro's Constituent Assembly would give the President immense political power to revise the Venezuelan Constitution.

Maduro says the vote will help bring peace to a polarized Venezuela, with all branches of the government falling under the political movement founded by Maduro's late mentor and predecessor, Hugo Chavez.

Critics in Venezuela and abroad argue a Maduro mandate would erode any last signs of democracy in the country.

"It would give the government the opportunity to turn Venezuela into a one-party state without any of the trappings of democracy," says Eric Farnsworth, vice president of the Council of the Americas, a business association.

US President Donald Trump recently said in a statement that Maduro "dreams of being a dictator." His administration sanctioned 13 Venezuelan leaders associated with Maduro this week.

Mexico, Colombia and Panama followed with sanctions of their own against the same individuals, and Colombia said it won't recognize Sunday's vote results. The Organization of American States deems the vote illegal.

Trump warned he would take further "strong and swift economic action" against Maduro after the vote, though his administration hasn't elaborated beyond saying all options are on the table.

Venezuela's ministry of communication did not respond to CNN's request for comment on the upcoming vote.

Young Venezuelans have taken to the streets for months to protest the vote, known locally as "la constituyente," or the constituent. The Venezuelan National Guard and protesters clash nearly every day, and more than 110 Venezuelans have died.

Many areas of Caracas were brought to a standstill Wednesday and Thursday after the opposition called for a 48-hour strike. Most of the city's main arteries were blocked off and the usual traffic congestion was nowhere to be seen. In contrast, many pro-government neighborhoods continued with business as usual.

Venezuelan paramedic Johann Paredes has been in the thick of the protests, treating both injured protesters and national guardsmen. He said he worries about what may happen Sunday when the vote takes place.

"Honestly, I'm terrified," Paredes said in the midst of tear gas. He said he tries to stay apolitical "but if I take my helmet off, I would say I'm totally against" the vote.

Paredes lacks gauze and gloves to treat injuries on the front lines. He gets supplies only from random donations and nongovernmental organizations. He uses a makeshift spray bottle to squirt an anti-acid liquid into people's mouths to ease the burning sensation of tear gas.

The backdrop to the vote is Venezuela's humanitarian crisis, triggered by a crippling economic collapse that has caused extreme shortages of food and medicine.

Anti-Maduro demonstrator Geoffrey Fuentes ate only cookies for breakfast and planned to have them again for dinner. A college graduate, his days are spent mostly on the front lines of the protests rather than the food lines to stock his refrigerator.

"We eat whatever we can get," said Fuentes. "If the situation doesn't change, we'll stay in the street fighting."

Since late last year, the opposition and the Maduro government had been participating in peace talks organized by the Vatican and mediated by former Spanish Prime Minister Jose Luis Rodriguez Zapatero. The hope was that the two sides could reach some kind of accord to avoid Sunday's vote. But Zapatero indicated in a statement Saturday that the vote would go forward.

On July 16, more than 7 million Venezuelans cast ballots in an unofficial vote against Maduro's Constituent Assembly. Maduro ignored the results of the vote, which was organized by opposition leaders.