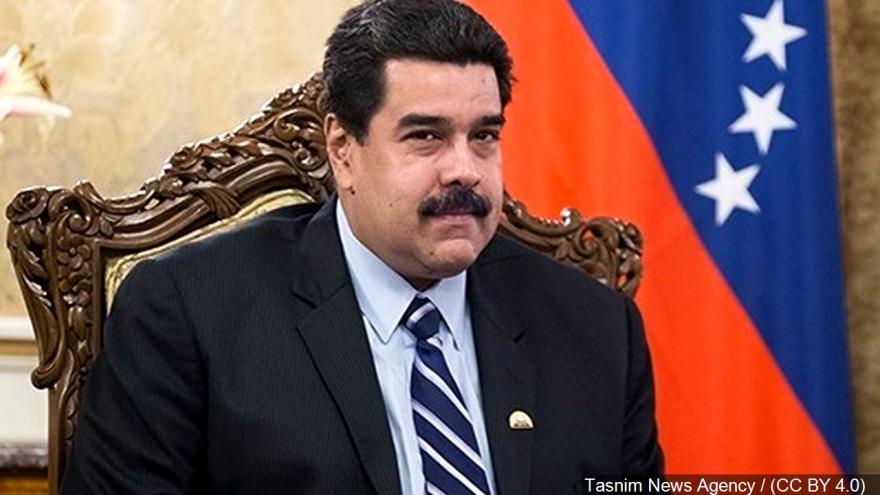 (CNN) -- Nicolás Maduro Guerra, the son of the Venezuelan President, is threatening to seize the White House with rifles if President Donald Trump sends the US military to his nation.

The White House has condemned President Nicolás Maduro's regime for human rights abuses. More than 120 people have died in anti-government protests since April.

Last week, Trump said he would not rule out the possibility of a military intervention in Venezuela.

"Venezuela is not very far away and the people are suffering, and they are dying. We have many options for Venezuela, including a possible military option if necessary," Trump told reporters at his New Jersey golf club.

President Maduro's son responded to Trump on Saturday, but appeared confused on the location of the White House.

"If the unlikely event of defiling the homeland came to pass, the rifles would arrive in New York, " he told Venezuelan state media.

"Mr. Trump, we would arrive and take the White House."

Pentagon spokesman Eric Pahon said the Defense Department has not been ordered to make any military movements related to Venezuela -- but is prepared if need be.

The Trump administration slapped sanctions on Venezuela after a vote last month allowed President Maduro to replace opposition-dominated National Assembly with a new 545-member Constituent Assembly filled with his supporters.

Protests have rocked the streets of Caracas and other Venezuelan cities, both before the vote and in response to the vote.

Venezuelan Defense Minister Vladimir Padrino said US military action in his country would be a "crazy act."