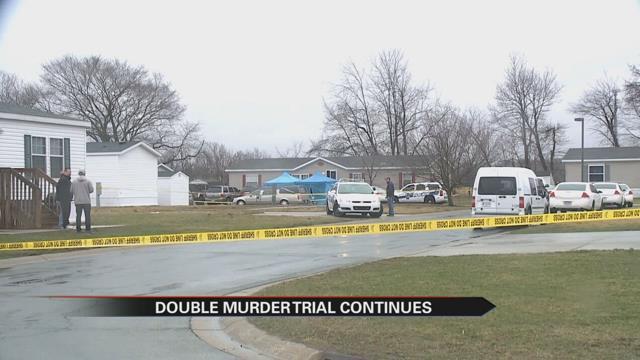 It’s in the judge’s hands now. Judge Terry Shewmaker is set to decide if Diego Ramos, the man charged in a Goshen double murder is innocent or guilty.

Judge Shewmaker has 90 days to decide. Prosecutor Vicki Becker said they may or may not come back to court, depending on the verdict.

“ Not likely the only way we’ll be back is if he finds him guilty and we proceed with sentencing,” said Becker.

Becker tells ABC57 this bench trial was more efficient because of how long it lasted.

“We took a trial that would likely take six days of jury trial and condensed it to a day and a half,” she said.

Within that day and a half the state provided more than 100 pieces of evidence that had the potential of finding Diego Ramos guilty.

“Not only the same weapon that killed Marco and Jose, that same fire arm had ammunition that was found in casings that were found in Diego Ramos’s home and Diego Ramos’s vehicle,” explained Becker.

Before closing statements Ramos addressed the court and said he did not want to testify.

Prosecutor Becker explained what the judge has to do in order to make his decision on whether or not Ramos is guilty of this double murder.

Family members said they preferred to stay off camera, since gang affiliation is present in this case. They fear they would be targeted next.