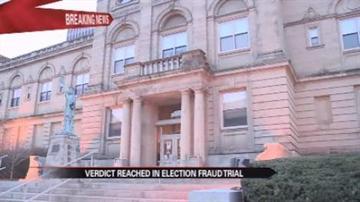 The verdict came down just hours after Morgan took the stand and denied any of this illegal activity.

Even in closing arguments Morgan’s attorney argued that Morgan had no reason or motive to conspire in this petition fraud case.

The special prosector is pleased with the verdict.

For those who say that this trial did not seem very important, Special Prosecutor Stan Levco said otherwise.

"You know if it was shoplifting or something like that sometimes these charges are not relatively that big of a deal, when you talk about an election, there is nothing more sacred in this country thatn the right to vote," said Levco.